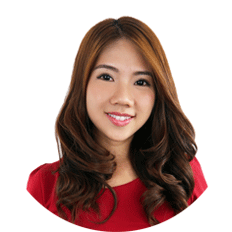 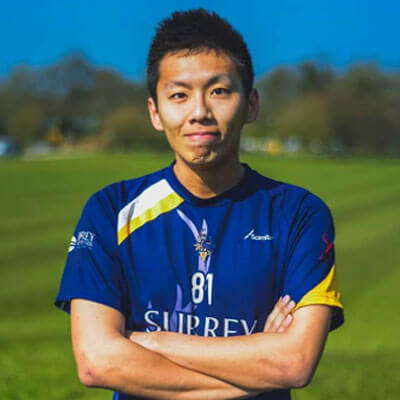 Esther has been helping me with both my insurance and investments since before I even started working. The one thing that stands out about her is her genuine care for the wellbeing of her clients, in both finance and health.

She was always there to re-evaluate my financial goals and helped recommended adequate plans for me at various points of my career. And best of all, she wasn’t pushy about it and I felt that I could make my own decision without being pressured into one.

When I had to undergo multiple surgeries in 2019/20 she was there to ensure that I can go for the surgeries with the ease of mind that I was well covered in terms of insurance and I should focus solely on recovery. I am forever thankful to her for helping me out and ensuring that I am adequately covered during the most stressful time of my life. 10/10 would recommend! 👍 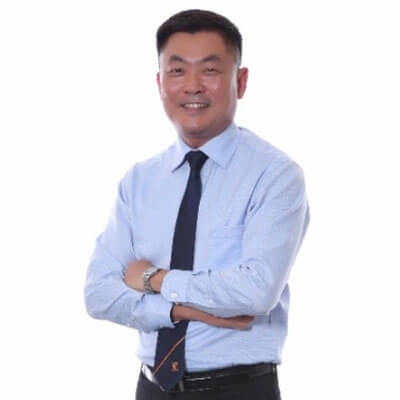 Esther has been my family financial services consultant since 2016. She is a very detailed and patient person who has a good listening ear. In order to provide accurate advice, she gathered all my family’s insurance policy and organise them systematically. This allows us to have a clear picture and understands what the shortfalls in my family’s insurance coverage are.

She is also very professional in her advice and recommends products based on our needs and how much we can afford. I believe Esther will continue to excel and show dedication to all your customers that she serves. 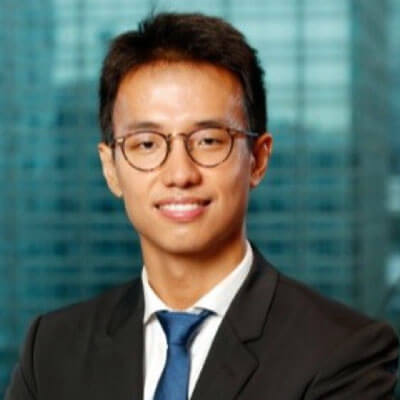 Esther was professional and thorough in her approach to my insurance planning needs. I genuinely appreciated the fact that she did not try to cross-sell or up-sell me products that I did not require.

She was also patient and detailed in her analysis and assisted me in comparing various products in the Singapore market. 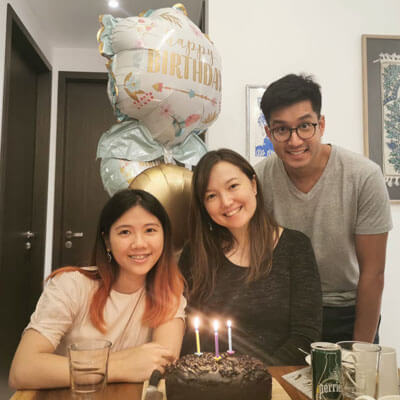 We have been working with Esther for the past 7 years now, since our graduation from medical school. When we were too busy at work taking care of our patients to take care of our own health insurance needs, Esther made sure we were covered.

Esther is patient and a hard worker who makes the effort to do research and to find the best fit product for her clients. She goes the extra mile. More than just our insurance agent, she has also become our friend. 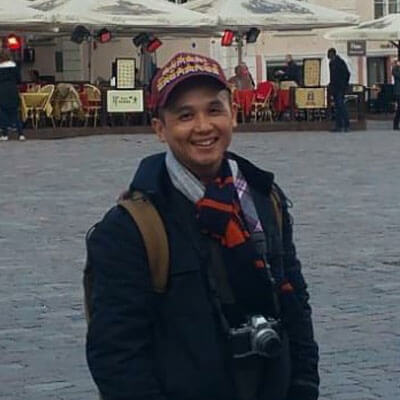 Esther has been servicing my insurance/investment account for many years. I would easily recommend her services to anyone. We did not know each other through any acquaintance. One night, she and her partner knocked on my door to introduce their services. I decided to listen to what they can offer. Surprisingly, Esther was very attentive to what I have to say which led me to being very comfortable in working with her.

Since then, I have benefited greatly from her investment advice as well as insurance advice. I remember sometime last year, she felt that the markets was a bit uncertain and advised me to cash out and secure my profits for my investments. True enough, the markets went downhill after that. I managed to avoid a 30% drop in my investments, which I am very grateful for. My experience with other financial planners do not monitor the markets and provide follow-up service like she does. 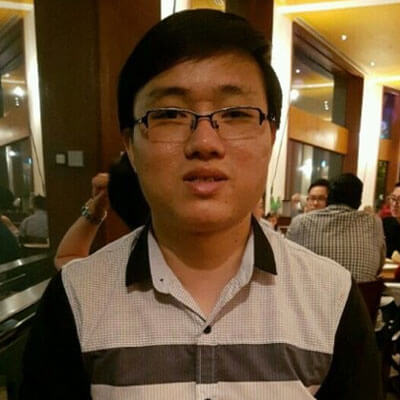 Financial advisers are aplenty. But Esther is one of those you can trust to get your financial and insurance needs in order. She never tried to sell me something I did not ask for or get me to give up current policies so she can sell me something of greater value just to earn more.

Instead she focused on what I needed and worked from there, giving the necessary advice and catered to the many request, changes and enquiries patiently and promptly. She has shown herself to be truly people oriented instead of commission oriented. 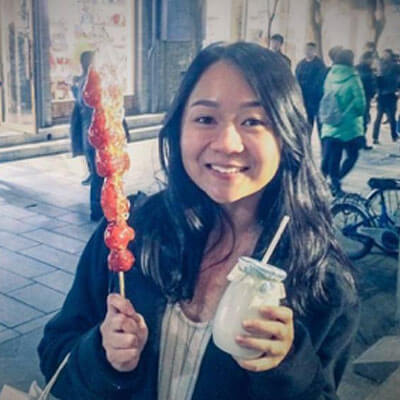 Reliable friend who looks out for little details and in a timely fashion. A good example was when it was announced that all insurers were to change their definitions of “critical illness (CI)”, which amended how serious your condition had to be before qualifying for coverage. Esther contacted me before the change took effect so I would not be left out and buy myself a policy at a later date with the newly more defined definition of CI. A seemingly small detail but possibly life changing.

In another instance, she reviewed my policies and unbiasedly pointed out that I could end up saving $20K across total premiums by choosing option A from option B.

Finally, I basically hate insurance jargons and trying to understand how insurance works, but she is someone I’d say I can depend on to make sense of things for me. 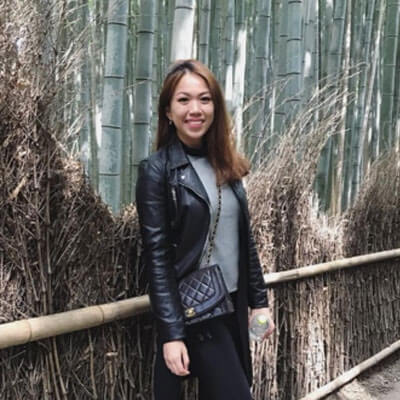 Attentive, non-aggressive, passionate. Esther has all the qualities you need in a Financial Advisor. She is knowledgable in her field and never fails to put my needs and concerns at the heart of our conversations.

Having a heart of gold, Esther took on my Mother’s portfolio pro-bono and served her out of passion. I highly recommend Esther if you are sourcing for someone genuine and ardent in this highly competitive and delicate industry. 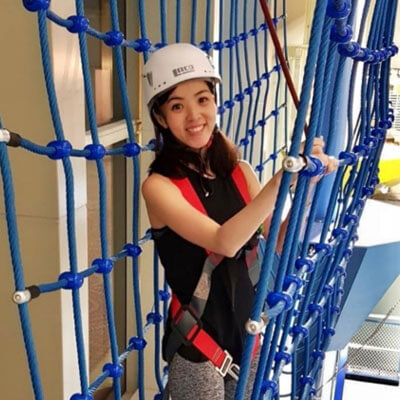 Esther has been very professional, trustworthy, and patient through the years. Easy to deal with, no hard selling at all and cares for her client genuinely. Seldom see such honest advisor, prioritizing health insurance before proposing investment plans.

Appreciate her effort in simplifying the plan selection process, as there are many insurance plans in the market. Will definitely recommend her service as I had a great experience! Thank you, Esther, keep up the good job! 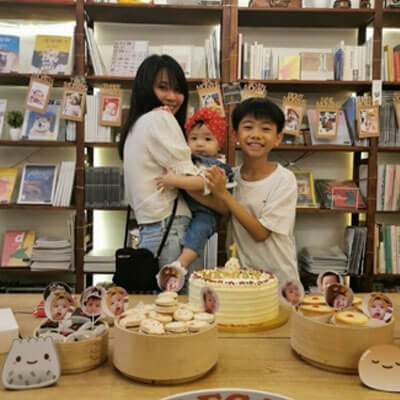 Esther always have me and my children best interests in mind! We are so grateful for her thoroughness and time spent to make sure we have much better coverage and now our insurance costs are also much lesser!

After so many years, she is not just my Insurance Agent, she also became a dear friend to me! Thank you for your excellent service, Esther! 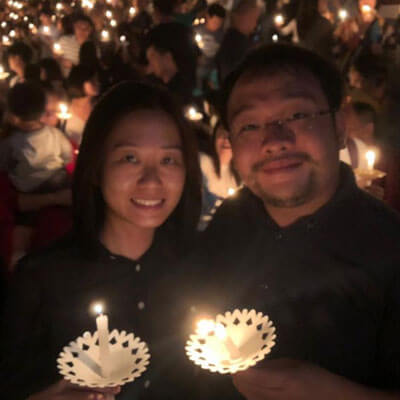 Esther’s professionalism and passion for her work ensures that my needs are taken care of. She is knowledgeable about her field and constantly updates herself with insurance and investments products to better serve her clients.

The level of service I received from her shows that she is responsible, caring, and personable. 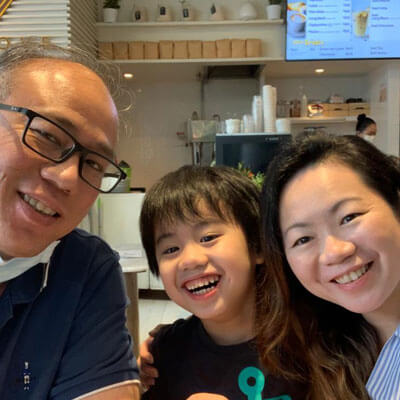 Not a typical Insurance Agent, she will go all the way to help you find the right insurance for your situation with price range that suit your budget & keeping you updated of the latest policies. She has been my agent for over 6 years and I have never looked back! She is dedicated, proactive, resourceful & dependable.

Life is unpredictable, and when you need a reliable agent, I highly recommend Esther! 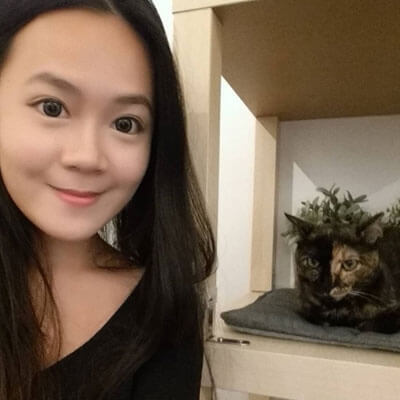 When Esther offers up or suggests a policy, I already know that she has done all the research and is sure that it is the best plan for me. I feel at peace signing up with her because she knows her stuff and will give useful advice without being asked. 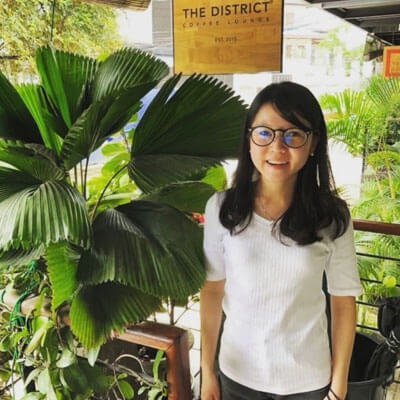 I trust Esther with my insurance needs as she is honest and committed to her profession who seeks to act in the best interests of clients and has good after sales service. 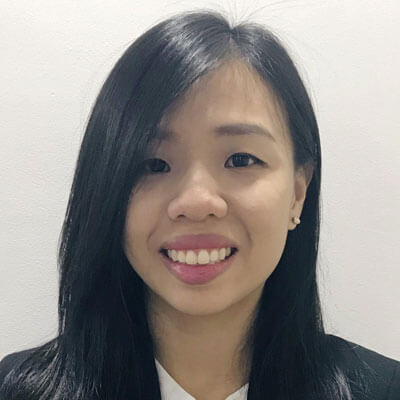 Esther is a responsible agent who always has my best interests in mind. She pays attention to my needs and ensures that I have sufficient coverage which are not beyond my means.

She is also extremely patient in explaining the policies to me. All in all, Esther is a sincere agent who goes beyond just selling policies.

Schedule Appointment with Me.

When I first decided on this career in 2013, it was because I had financial planning needs but there was no one whom I knew and trusted that was able to help me. For me, I needed someone that I really trusted to handle something so sensitive like my finances. Therefore, I fully understand how my clients feel when they entrust their financial planning needs to me, I want to give them the best experience possible.

Fast forward to today, one of my main goals is to be that trusted advisor whom my clients can turn to. Trust is something that I treasure the most from my clients.

What I Like Most About Being A Financial Planner Is…

Knowing that the work that I do creates a positive impact on my clients that I create a lasting relationship with. Making sure that they receive accurate and sound advice is what drives me to do what I do every day.

If I Can Only Give One Piece Of Financial Advice, It Is…

Procrastination and ignorance can be very costly in the world of financial planning. It is important to engage professional help and read up on how you can manage your money more effectively.

My Most Treasured Memory At Work…

When my client told me that they would like me to continue advising their children on financial matters when they grow up. Its times like this that I am glad I started young as I still have a lot more years to go before retirement! *laughs*

Whole Life Insurance Plans – Which is the Best? 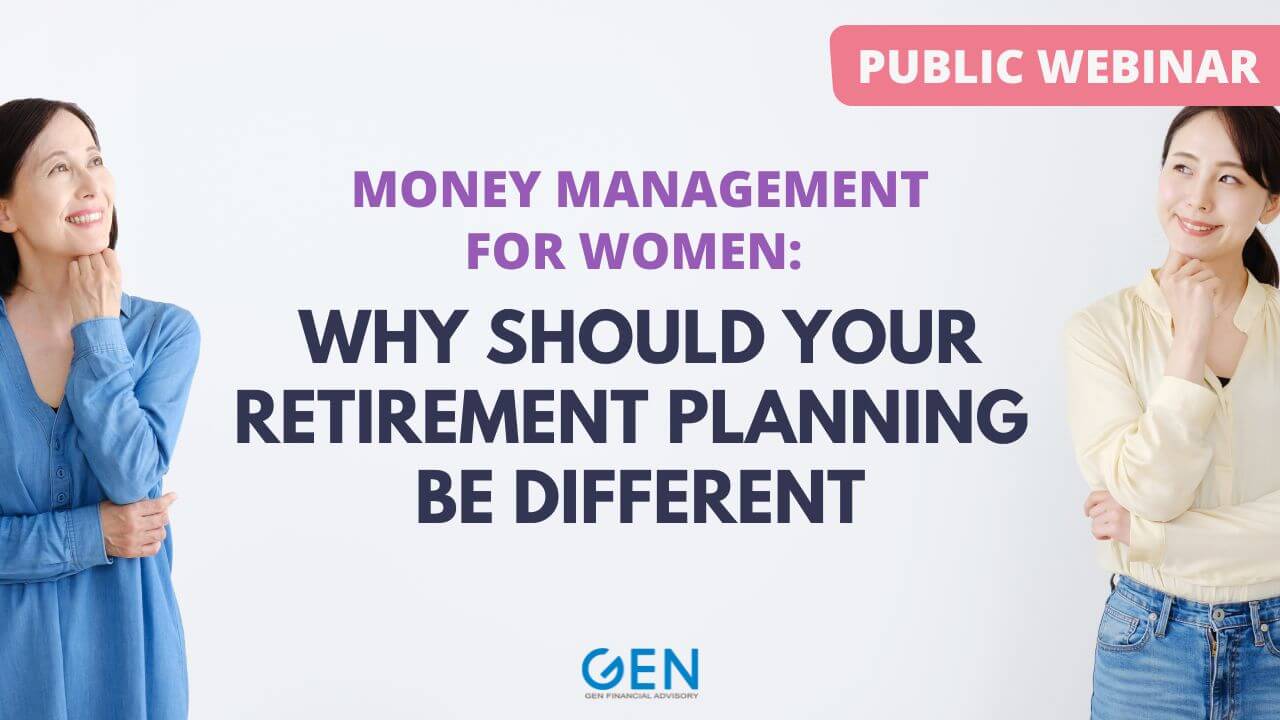 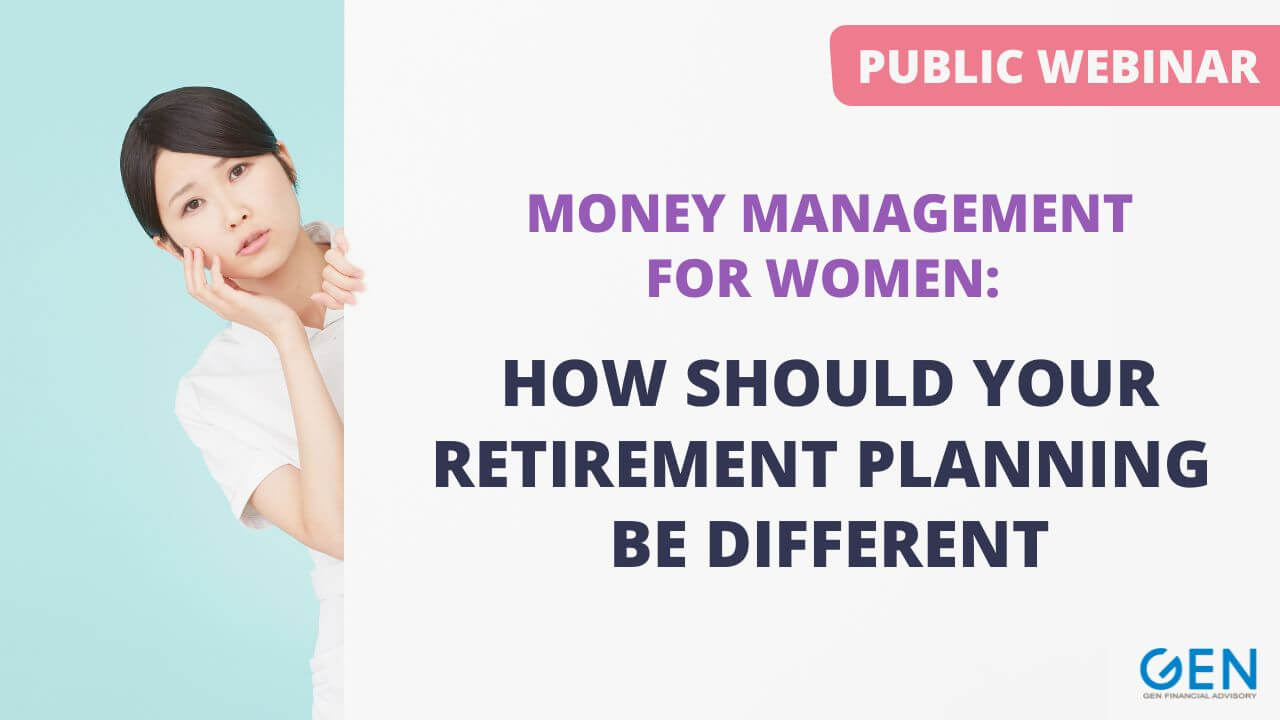 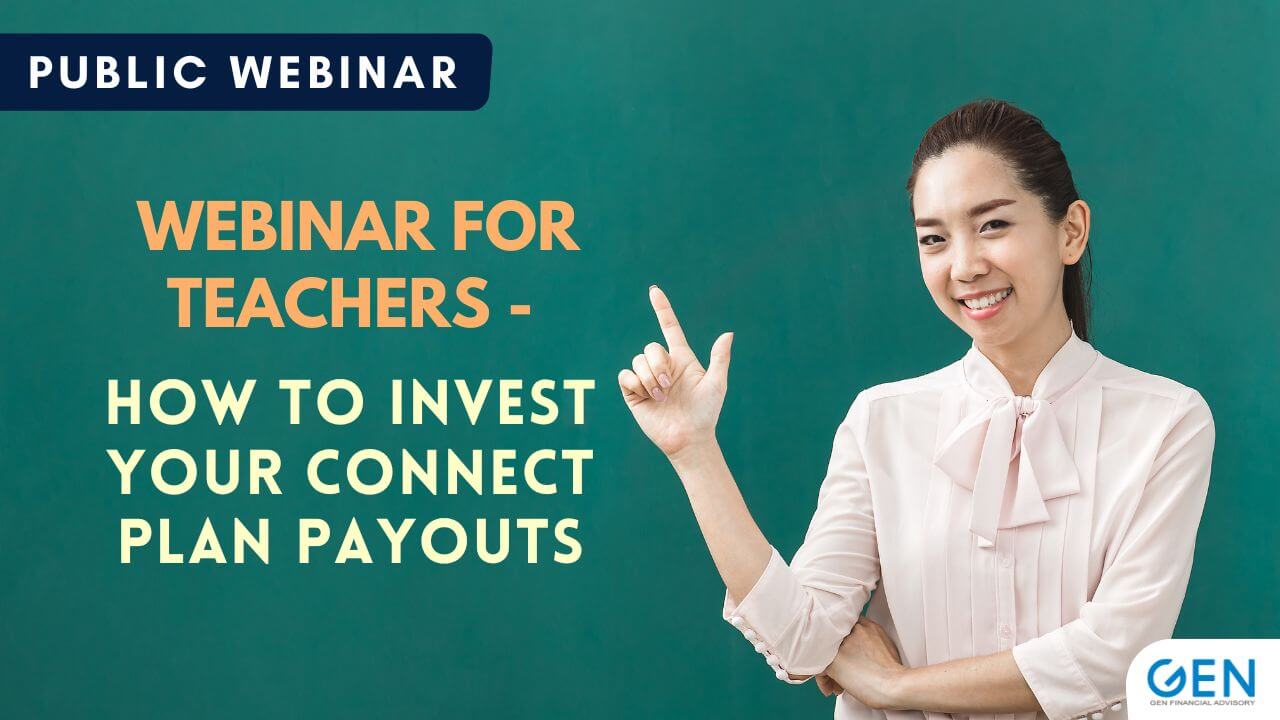