Skip to content
Financial Planning is a team game, remember to look after your teammates!

Financial Planning is a team game, remember to look after your teammates! 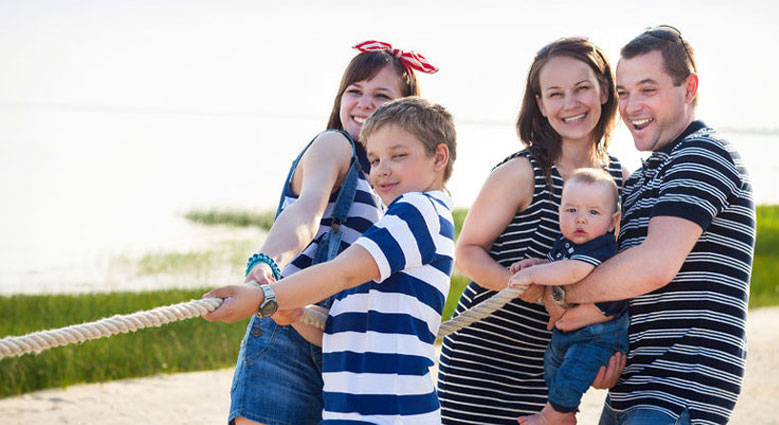 I first met Ms C 9 years ago in a roadshow at Suntec City and through a Care Bear mug free gift, we became friends. She is always very optimistic, nice to talk to and subsequently become a very good client of mine.

Ms C has strength in many aspects but she has a weak spot for shopping. When “Confessions of a Shopaholic” movie came out, she could totally relate to the lead character, while I thought that the character was too dramatic. Naturally her savings were not much, though among her peers, her income was considered high.

Often, I will tease her by reminding her that “See, luckily you placed some money in these plans and have me to make sure you don’t spend the money.”

A few years ago, Ms C married her boyfriend of many years and began making plans to start a family. She gave birth to an adorable boy and together starting building their dream life. Of course, the inevitable increase in financial commitments followed.

One day I received a call from Ms C to say that she really needs to stop the financial plans that she had started. I half expected it because she had been missing her premium payments on and off for a few months before the call. I arranged to meet up with her to understand more of her situation, before I advise on how best to help.

When I saw her, she looked helpless and determined to withdraw whatever money she could. The family was in debt. Her husband had stopped working and they had bought a car and was unable to continue the paying the instalments. There was no one to help take care of the child and she had to place her boy in childcare thus adding on another significant monthly financial commitment.

At this time, Ms C’s salary had even increased but due to the unexpected loss of her husband’s employment, it became her responsibility to provide for everything financially. It was not only financially straining on her but it was emotionally and physically draining as well.

Having understood and reviewed her situation, I helped her made the necessary adjustments. Instead of cancelling all her plans, she stopped only the commitment towards the savings and retirement plans. I told her that she needed the protection planning more than before as she is the only person supporting the family. What if she breaks down suddenly? It is already difficult managing with her sole income, how can her family manage with her and her income? Thus, she continued with her insurance plans to provide certainty during the time needed for the family to recover financially.

It took her family close to two years and during this period, we meet up regularly and I tried to encourage her that “this too shall pass”. Last year, her husband found a job he liked and things started to change much for her. They have sold the car and cleared their debts incurred during that period. She had another baby and her two children are now attending enrichment courses at the community centre. She has also started on a regular savings program to build up her rainy day fund having known the importance of it first-hand.

Here are 3 essential lessons Ms C’s story have taught me:

1. Having proper financial planning for yourself is not enough. How the important people around you plan their finances will also affect your best-laid plans. To Ms C, it was her husband. To us, it may be our parents, relatives, siblings or even our children. Nice people also need to be financially smart and we must ensure that the people around us have provided for themselves well financially.

For a start, make sure that the closest people around you are sufficiently covered for any medical emergencies through comprehensive hospitalisation insurance plans.

2. The heart of Financial Planning is savings, not income. Ms C’s income has increased over the years, but her wealth did not. Being a “giver”, she provided for everyone around her – except herself. She was like this even before she got married thus she never saved any significant amounts. The next time you want to spend on that latest gadget or those designer shoes, ask yourself “Have you paid yourself first?”

3. Having a good financial plan builds confidence and increases your self-worth. Many times, how you feel is more important than what you have. Although Ms C had to stop her plans to provide for her family during a difficult period, she was thankful that she had these plans to fall back on in the first place so that she did not have to ask others for help.

Make saving money not only about the numbers but also about having confidence and optimism to overcome the inevitable difficult moments that life will throw at us from time to time.

I am really glad I met Ms C through the work that I do. She still has the Care Bear mug that I gave her 9 years ago. We often laugh at how young we were then and now she is a mother of 2. Ms C may not have a car now or the luxury of spending as and when she wants but she is truly a happier person with this newly found stability. Having learnt her lesson the hard way, I hope she will pass on the right habitudes of money to her two young ones. With her blessings, I hope that her story can serve as a useful reminder to our GEN clients that the most important of all financial budget is the savings budget.

If you want to know more about Financial Planning or any other enquiries, you may contact me through whatsapp, schedule an appointment with me or fill up the form below and I will get back to you as soon as possible.

Medishield Life…Should I Remain or Upgrade?

Financial Planning is a team game, remember to look after your teammates!